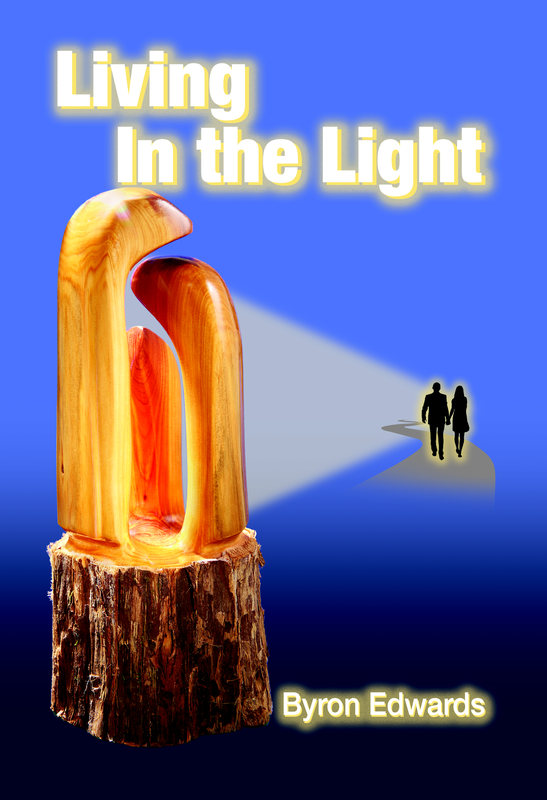 Living in the Light
Published 2022
By: Byron Edwards
"Have you ever wished you could climb that mountain where the old wise man lives and ask him "What is the meaning of life?" This novel, Living in the Light, answers that question. (It's not what you think.)While the destination may be important, sometimes the journey itself is more important. Join Jake Fleming as he travels around the world in search of clues to the ancient past. During this journey, he gradually grows closer to God.
By going through two traumatic death experiences, Jake Fleming finds that, although initially extremely difficult to process, they both help him to grow spiritually. This contemporary (2005-2014) inspirational novel follows a man trying to grow as a Christian while constantly confronted by a culture in decline.
Living in the Light is not a typical Christian novel. It includes romance, adventure and mystery. 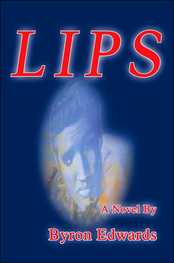 From the Publisher: On a bet, Elvis Presley and a "cousin" of his spend a week on the run. They are trying to evade capture by America's law enforcement agencies. How can the most famous entertainer in the world elude the police?

In a fun tale of adventure, the King of Rock and Roll escapes from Graceland, the Memphis Mafia and the detectives of the Memphis police department. He travels across America to a specific time and place in Mexico.

During the course of this lost week in the life of Elvis, he learns much about himself as a man. In October 1970, Elvis explores the ruins of a pyramid complex in Mexico -- and himself.

Elvis' "cousin" doesn't expect to actually like Elvis Presley as a person. However, as he gets to know him, the individual, he finds that he grows quite fond of Elvis. Travel with Elvis as he attempts to avoid capture and learn what the man himself was really like.

Book Review
In August 2006, the Australian Elvis Information Network website wrote a review of Lips.  This is one of the most thorough and well presented reviews that
Byron has yet received for Lips.  Thanks, EIN!Read EIN's review here.
Reader Reviews
Order from Barnes & Noble
Order from Amazon.com
Order by Phone: 1-800-AUTHORS
Order from Amazon UK

The Mystery of Melissa's First Date 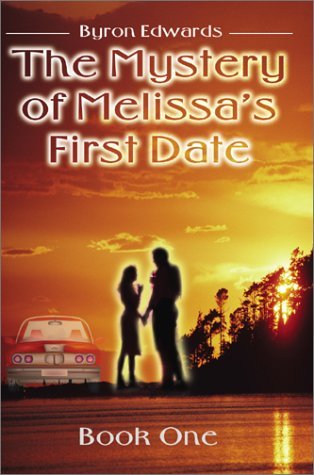 The Mystery of Melissa's First Date
Published 2001
By: Byron Edwards
A Bestseller!
From the Publisher: Four teenage girls, best friends all, encounter a 400-year-old horror. Indeed, Melissa even has her first-ever date with this creep. Her friends, May, Sara and Stephanie, help her with this situation. But it is May who realizes there is real danger involved and who attempts to solve the mystery surrounding this "man."

The Mystery of Melissa's First Date is the first in an exciting series of adventures in which these four girls try to unravel strange and weird mysteries.
Reader Reviews 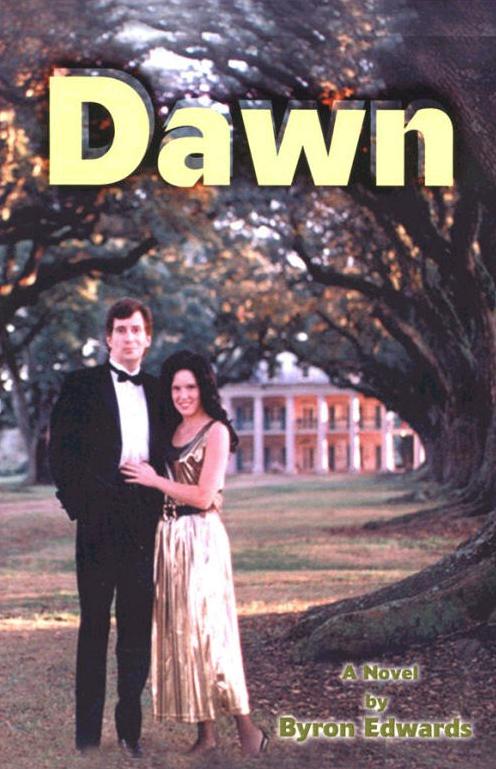 From the Publisher: After falling dramatically and genuinely in love with each other, Dawn Armstrong and Wade Habersham are suddenly and cruelly separated. Although apart for almost 20 years, their love remains real. Enduring the pain and ridicule of an unjust separation, Dawn and Wade marry and get on with their lives. They live at Dawn's ancestral home, The Oaks. The Oaks and the Armstrong family have hidden a secret since President Jefferson Davis was captured near their home in 1865. They know what happened to the lost gold of the Confederacy. This romantic tale of love takes place primarily in the year 2020 in the south Georgia town of Salem. Throughout the story, the human traits of hope, perseverance, love and spiritual growth weave themselves into a strong bond.
Reader Reviews
Order from Barnes & Noble
Order from Amazon.com
Order by Phone: 1-800-AUTHORS
Order from Amazon UK

How to Have a Happy Marriage 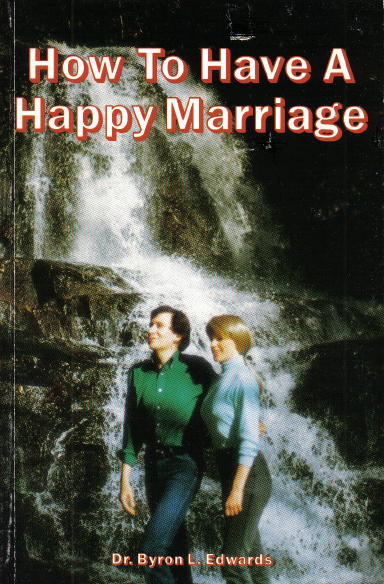 How to Have a Happy Marriage
Published 1989
ISBN: 0-9623979-0-3
By: Dr. Byron L. Edwards
A Bestseller!
From the Publisher: Happy marriages are elusive, rare, and indeed, endangered.  Dr. Edwards has presented a helpful and easily readable book giving clear conclusions and useable suggestions on "How To" develop and maintain a HAPPY MARRIAGE relationship.  How to Have a Happy Marriage has practical advice for couples considering marriage, for couples already married, and even for couples who have been married for many years.  The book is designed for anyone who is married or wants to be married.
This book is out of print.*  However, you can usually find it used online at the major used bookstores including:
www.amazon.com
www.half.com
www.alibris.com 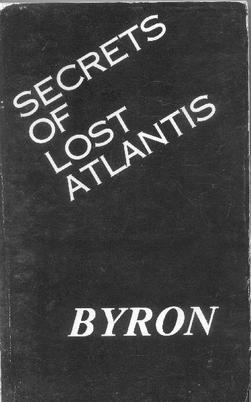 Secrets of Lost Atlantis
Published 1984.
ISBN: 0-932349-29-3
By: Byron
Secrets of Lost Atlantis continues the saga of Myryea and Scott Andrews. This time, they both travel back, in time, to Atlantis. They are witnesses to intrigue and destruction among this ancient civilization. They make an astonishing discovery when they learn that the leaders of Atlantis are aware of their impending doom. The leaders of Atlantis have secretly been constructing a vast underwater city. No only does this allow the Atlantean culture to survive but it survives, in total secret, into Scott’s real time in the 20th century.
From the Publisher: Read one of the most believable adventures of science fiction ever written.  The way in which this adventure novel is written makes one think that this all actually happened.  Although the author was writing fiction, he has very likely answered some of the riddles that have been puzzling archeologists for years.
***
This book is out of print.*  However, you can sometimes find it used online at the major used bookstores including:
www.amazon.com
www.half.com
www.alibris.com 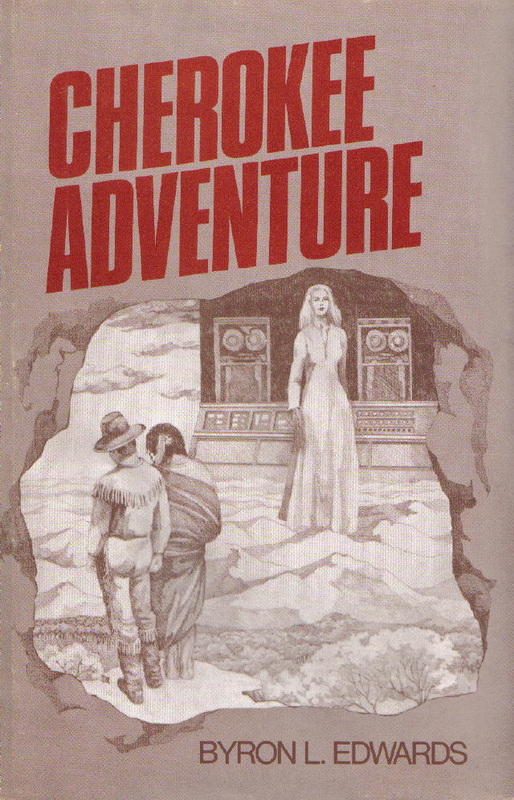 Cherokee Adventure tells the story of an American ex-spy, Scott Andrews, and a beautiful alien, Myryea, from another planet. She gives Scott the ability to travel in time and he goes back to fix the horrible tragedy of the Trails of Tears. He uses a modern weapon and lots of strategy to enable the Cherokee Nation to remain on its ancestral lands. The Cherokee people do not give in to demands from the United States to leave. Instead, they stay and fight. Under Scott’s leadership, they are victorious and there are no Native American removals.
This book is out of print.*
You can sometimes find used copies on online websites.  For example:
www.bn.com